US challenger bank Denizen shuts down

San Francisco-based challenger bank Denizen has announced that it will be closing down after failing to achieve “the scale needed to sustain operations”. 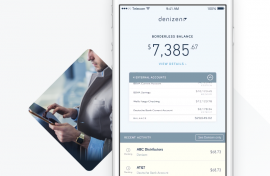 Denizen accounts will close in December

Denizen launched in March 2018, promising the “first true global, borderless account” for expatriate banking. Its account offered no FX fees, a debit card with no ATM fees, and a mobile app.

The challenger’s initial funding round was provided by BBVA Compass’ New Digital Businesses unit, which is incubating start-ups in its Silicon Valley-based fintech lab. BBVA Compass also underpins the banking services of Denizen.

The mobile account was planned to be the first in a series of products developed by Denizen, which was founded by Joaquin Ayuso, the former co-founder and CTO of Spanish social media platform Tuenti.

Related: US challenger banks – who’s who (and what’s their tech)

“We created Denizen as the premier account for global citizens, making international banking easier for those of us who call the world our home,” the bank writes on its website.

“While we are proud of what we have created together, Denizen was not able to achieve the scale needed to sustain operations in the current market.”

Denizen’s last day of account operations is set to be 17 December 2019.

See also: Challenger banks in Spain – who’s who (and what’s their tech)