SEB, the Swedish financial group, has partnered with core banking firm Thought Machine in a project which will see the former deploy a new banking platform in its innovation studio, SEBx. 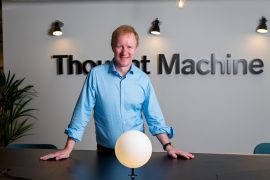 According to Nicholas Moch, group CIO of SEB, the innovation studio has a “clear mandate for exploring tech to create next generation customer offerings”.

“Having the opportunity to build a bank from the ground up within SEBx, we are determined to work with partners that bring new perspectives to a traditional industry, and the team at Thought Machine does that.”

SEB launched its innovation studio in July, and describes it as an initiative for testing new technologies, alternative technology platforms and new services. The studio currently employs 16 people.

The bank’s CEO, Johan Torgeby, told Swedish media at the time that SEBx could become a separate company in the future.

Paul Taylor, CEO and founder of Thought Machine, says of the project: “SEB is one of the most innovative banks in Europe, and it is significant that they have decided to deploy Vault as part of their technology exploration.”

SEB’s activities mainly comprise retail and corporate banking, but it also dabbles in life insurance and pensions. Originally founded as Stockholm Enskilda Bank in 1856, the bank merged with compatriot Skandinaviska Banken in 1972 to form SE-Banken, before changing its name and logo to SEB in 1998. It operates subsidiaries in Denmark, Estonia, Germany, Latvia, Lithuania, Ukraine and Russia.