Metro Bank chairman to step down

Metro Bank chairman and co-founder Vernon Hill is set to step down at the end of 2019 after a year which saw the challenger reveal a £900 million accounting error and abandon a funding round worth £250 million. 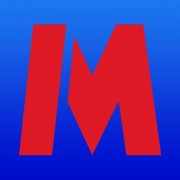 2019 has been a tough year for Metro Bank

Hill was due to step down as chairman and be retained as a non-executive director and president, but now the bank has confirmed his full departure by 31 December. The bank has said that it is searching for Hill’s successor.

Metro Bank sat top of the CMA customer rankings in 2019, alongside online and mobile-only First Direct. 82% of UK customers said they would recommend the bank to a friend or family member.

Yet in January it disclosed that it had misclassified a series of loans it had made to companies and landlords to the tune of £900 million, prompting an investigation from both the Bank of England and the Financial Conduct Authority.

The new development saw customers withdraw £2 billion in deposits by June. Metro Bank also disclosed in the prospectus for its £250 million debt issue that the investigations might lead to criminal liability and that any redress may involve “significant expense”.

The bank, which has 1.8 million customers, has lost 89% of its share value. Its attempt at raising £250 million failed in September when, according to Guardian sources, it managed to only gather £175 miilion worth of bond orders.

UPDATE: Shares in Metro Bank rose 30% on Wednesday when the bank announced a fresh £300 million bond deal at a higher yield of 9.5%. It added that it had received orders worth £475 million.