Bank of China (BOC) and IBM have announced an extension to their partnership which will see the development and deployment of several innovation labs deployed across the globe. 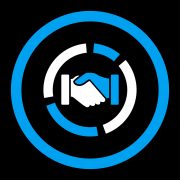 The first of the labs, located in Singapore, will “unify digital systems, introduce automation to processes and establish efficient means to comply with regulations,” according to IBM. BOC plans to deploy between six and eight new locations, and each will be co-created with the IBM Garage – Big Blue’s own innovation hub project.

“Bank of China is committed to becoming a world-class bank with technology and innovation as the cornerstones of our vision,” says Wang Fang, Bank of China Singapore branch vice president for Bank of China’s lab in Singapore.

“We look forward to having IBM as our partner, because we believe that in addition to the assistance they offer with technological leadership and industry expertise, we can learn even more from IBM’s own transformation and innovative models.”

Bank of China is one of the four biggest state-owned financial institutions in China. Founded in 1912, it is the oldest bank in mainland China still in existence. It operates with $3 trillion in assets under management and a net income of $28 billion.

Wenchao Liu, vice president and managing director for Bank of China’s integrated account for IBM, says: “We believe that with the completion of the eight major global innovation centres and the whole innovation system, that Bank of China will be able to more efficiently incubate and rapidly iterate innovations. Thus, they will be able to achieve their strategic goal of building a world-class bank for a new era.”