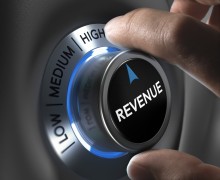 Although the intended transition has resulted in a drop in profitability of just over CHF 5 million (roughly $5 million), sales have increased by 17% to exceed CHF 100 million ($101.5 million) for the first time.

Reporting preliminary results for the 2018/19 financial year, Crealogix states that the move to a SaaS-based, multi-year subscription model will result in greater revenue stability and sustained profitability increases in the long term.

The company believes that it will see solid cashflow levels and double-digit EBITDA margins from 2020/21 onwards. Crealogix notes that the continuing uncertainty around Brexit has had a pronounced negative impact on the UK business.

Recent new deals for the company have included agreements with Hampden & Co, LGT Vestra and MeDirect.