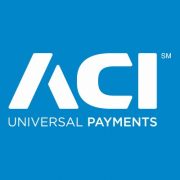 The app will be launched across 30 Co-op food stores in England, Scotland and Wales by early August 2019, utilising the Mobile Commerce SDK that is part of ACI’s UP eCommerce Payments solution.

The app allows customers to scan products on their own device as they shop and when they have finished, product costs are deducted from their Apple Pay or Google Pay accounts with a touch of a button. The technology sits alongside existing payment methods – including cashiers and self-scan tills.

Co-op claims to be the first UK retailer to introduce both chip-and-pin and contactless cards in the UK.

“Consumers increasingly demand flexibility and choice when it comes to payment methods and paying via mobile app is becoming more popular in the UK, especially in urban areas and among millennials,” says Andrew Quartermaine, vice president, ACI Worldwide.