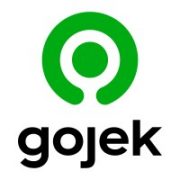 The investment was part of a Series F fundraising round, which will support the growth of Gojek’s payment services across the region. Visa and Gojek will also work together to develop digital solutions aimed at the unbanked and underserved population in Indonesia and Southeast Asia.

“We both want to make everyday life more convenient, whether it’s how people move around town in Southeast Asia’s fast-growing urban areas or making it easier for people to pay and be paid all over the world. We also have a shared goal to bring formal financial services to the unbanked and underserved, including micro, small and medium businesses.”

Andre Soelistyo, president of Gojek, adds: “We’ve been humbled by investor support over the course of our current fundraising round as they have truly shown confidence in our long-term vision of powering the next phase of technology-enabled growth in Southeast Asia”.

Studies suggest that the majority of Indonesia’s transactions are still cash-based, and that adoption of digital payment services could increase gross domestic product levels by between 9% and 14%.

Gojek Group’s portfolio began with the launch of its motorbike booking service Gojek Travel in 2010 and now has over 20 products, including e-wallet Go-Pay.