The International Cybersecurity Congress (ICC), hosted by Sberbank in Moscow on 20-21 June, opened its doors for its second year, with a very open and clear agenda: foster collaboration. 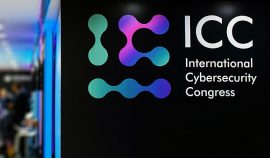 The aim of this event is to bring together relevant personalities and firms to encourage talks about the future of the cybersecurity industry in a similar fashion as last year’s event.

It’s become a commonplace occurrence to hear speakers around the globe call for international collaboration platforms, albeit dodging an active responsibility of setting these up.

However, the ICC is the most proactive of these conferences. Not a business event, but one designed to spur the creation of institutional agreements that reach international execution, with regulatory and governmental entities involved.

A host of problems appear when you start unpacking these initiatives. The first and most obvious issue will be too familiar for those in our industry: too much talk, not enough action.

Hans-Wilhelm Dünn, president at the Cybersecurity Council in Germany, remarks that people talk a lot about the need for cybersecurity, but companies often fail to integrate these ideas into their business and workflow.

For the same reason, international collaboration platforms are scarce, despite the collective excitement for them. “We need more awareness,” said Dünn.

This statement is more nuanced than it seems. As Dünn suggests, this awareness isn’t part of a holistic approach to business, law enforcement, or technology.

Vladislav Onishchenko, head of the Analytical Centre for the Government of the Russian Federation, stresses about the failure of adopting regulation and collaboration when liaising with politicians and state institutions, due to a simple disinterest in these issues.

Cybersecurity worries are not political worries, and it’s often difficult to find where they overlap. Technologists and business may see this threat as imminent, but as long as these political entities see no rush, awareness will be misdirected.

Jürgen Storbeck, who is the former director of the Interpol, highlighted that law enforcement agencies do not work in collaboration with others. They are isolated, and work on their own – a big failure for the security industry that hinders their effectiveness.

These agencies, with the support of private and regulatory institutions at an international level, are only limited in their reach.

Lastly, Dünn, throughout the duration of the panel, brought up a very urgent point several times: the lack of talent that is holding organisations back from realising many of their cybersecurity goals.

This is an issue that we have often seen in technical fields, particularly when it comes to tackling emerging threats and technology – there are simply not enough people being trained in these areas, which means companies’ development in them is thwarted from the onset.