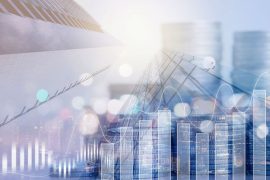 According to the BBC, the high-skilled staff – which will be based at the Scottish Widows headquarters – will work on developing new technology for Bank of Scotland, Lloyds Bank, Halifax and Scottish Widows customers.

Following numerous branch closures over the last two years, Lloyds announced in 2018 that it would be investing £3 billion in an overhaul of its digital services, in response to changing customer behaviour.

Philip Grant, chairman of LBG’s Scottish executive committee, tells the BBC there is a focus on strengthening the group’s pool of tech-based talent in Scotland.

He says: “In our tech labs, we are designing what customers will need in the future, making products and services that can adapt to their lives and making it easier for them to connect with their finances.”

Scotland’s Economy Secretary Derek Mackay says the investment will help “to create a more dynamic and innovative side to [Scotland’s] thriving financial sector.”

The 500 new roles – some of which will be filled by upskilling existing employees – will be phased in over the next 18 months.