Standard Chartered has been fined $1.1 billion as a result of allegations of bad anti-money-laundering (AML) practices and breaching sanctions against countries including Iran. 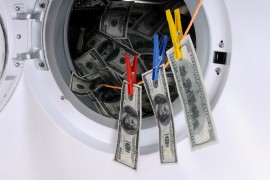 “Such behaviour is wholly unacceptable to the group”

In regard to the breach of sanctions, the British bank has agreed to pay $947 million to American agencies, including the US Department of Justice, according to The Guardian.

Separately, it was fined £102 million by the Financial Conduct Authority (FCA) for AML breaches that included deficiencies around counter-terrorism finance controls in the Middle East.

It is the second-largest fine ever imposed by the UK regulator for anti-money-laundering failures.

The US department says Standard Chartered processed transactions worth $438 million between 2009 and 2014, the majority of which involved Iran-linked accounts from its Dubai branch routing payments through, or to, its New York office or other US-based banks.

The fines were expected after Standard Chartered said it was bracing for up to $900 million in penalties.

Standard Chartered says it “accepts full responsibility for the violations and control deficiencies”, saying that none of these breaches took place after 2014.

But the bank placed partial blame on two former junior employees, saying “they conspired to break the law, deceive the group and violate its policies. Such behaviour is wholly unacceptable to the group.”

Bill Winters, the chief executive, says: “We are pleased to have resolved these matters and to put these historical issues behind us. The circumstances that led to today’s resolutions are completely unacceptable and not representative of the Standard Chartered I am proud to lead today.”

The prospect of major fines has hung over Standard Chartered since 2012, when it entered into a deferred prosecution agreement (DPA) with the US Department of Justice and the New York county district attorney’s office over Iranian sanctions breaches beyond 2007.