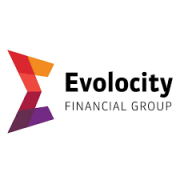 “The closing of this transaction signals a new era of online lending innovation on behalf of Canada’s small businesses,” says Noah Breslow, CEO of OnDeck. “As one of Canada’s leading online lenders to the crucial small business sector, we are well-positioned to provide financing options that will benefit Canadian small business owners from coast to coast.”

The combined companies will operate under the name and branding of OnDeck Canada, with Evolocity CEO Neil Wechsler serving as CEO of OnDeck Canada. Evolocity co-founders David Souaid and Harley Greenspoon will serve as chief revenue officer and chief operating officer, respectively.

he publicly traded company is listed on the New York Stock Exchange under the ticker ONDK and has a market capitalization of $418 million.