Bnc10 is a new digital bank gearing for launch in Spain, and has just made its waiting list available. 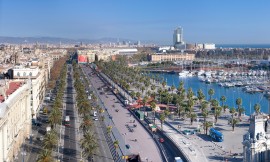 The bank, based in Barcelona, has an app on the Play Store and App Store, which users can now download to subscribe to its waiting list.

It calls itself a neo bank, and was founded by Jordi Dominguez, now CEO; William McCahey, COO; and David Montanyà, pathfinder. Tito Español Gamón is the bank’s CTO.

Dominguez has worked in the metals and mining department of Societe Generale and HSBC, both in New York, as well as for asset management firm USAA. McCahey has worked for NAB in Melbourne and Clydesdale Bank in London.

The bank has touted its offering through its fully digital service, with “intuitive design” and social features. The extent of these hasn’t been unveiled though.

So far, we know that chat banking and WhatsApp banking are available through the app.

Talking to Dominguez, he confirmed to FinTech Futures that the bank had been able to find a “seven-digit figure” of funding from an undisclosed lead investor. The bank, which doesn’t have a licence, but is using an undisclosed bank’s licence, also has the support of group of minor investors who were able to advise and support the project.

“We’ve seen what there is in the UK, Germany etc and we were impressed,” Dominguez says. “We asked ourselves, why can’t we have the same in Spain?”

The CEO says that the firm, which hasn’t unveiled its tech systems, was officially registered in July 2018, and has 12 full-time employees at the moment. Its waiting list has 2,000 people in it so far.