Germany-based business bank Penta has raised €7 million in investment as its customer base grows 900% since the company’s last €3 million fundraise just eight months ago. 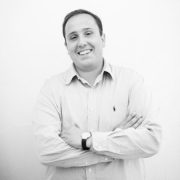 Penta says it has a “transparent, community-driven approach”, as well as an active commitment to customer service, which has made it popular in the German business community since its launch in December 2017.

The funding will be used to drive Penta’s hiring efforts and to build its marketplace offering. Based in Penta’s Berlin HQ, the team now numbers 40 with plans to grow to 100 in the coming year.

Penta CEO and co-founder Lav Odorovic says: “We’re fortunate to have great traction so we did not have to look for new investors (something which is often tedious and time consuming) as a result we had more time to focus on the business and serving the needs of our customers.”

Penta’s customers can issue multiple MasterCards to their team for easy expense management. In the coming months, Penta plans to introduce other features including automated accounting and international transfers.

60% of Penta’s new customers accounts are businesses who are switching from their existing bank to Penta, while the other 40% are start-up businesses.

“Start-up founders and business owners waste so much time and money dealing with annoying admin tasks. That’s why we’re offering the tools like ‘multi-user’ that can help you get business banking done in a fraction of the time,” says Odorovic.