The World Economic Forum (WEF) Centre for Cybersecurity (C4C) is recruiting founding partners, with Russia’s Sberbank being the first of six. 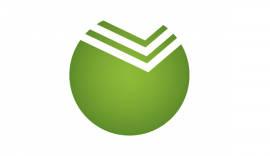 The C4C is the first platform for collaboration of business leaders, cybersecurity organisations and representatives of law enforcement agencies to lead the fight against global cybercrime.

“In 2017, the WEF ranked cybercrime as the third most important global risk, while terrorist attacks are only at the eighth place. But, everywhere in the world, people are still more afraid of terrorists in the physical reality, than those in cyberspace,” says Gref.

He adds that the forum was one of the first international organisations to understand the danger of the growing threat of cybercrime, and that Sberbank is one of the prime targets of global cybercriminals and is the most attacked company in the region.

Thus, Sberbank has been developing tools and an ecosystem to help fight global cybercrime worldwide.

The partnership means that Sberbank will participate in the C4C’s projects; have a permanent seat on the Global Cybersecurity Board, the foremost oversight body of the centre; and nominate executives and members to the expert committees.

The main areas of C4C activities will be: developing an automated data exchange about cyberthreats; establishing a network for cooperation among computer emergency response teams (CERTs); elaborating a strategy and definition of key areas of cybersecurity development; and founding a think tank for gathering of data on the current situation in cyberspace and its further distribution among the world community.

C4C was officially launched at the World Economic Forum Annual Meeting in Davos on 25 January 2018.

The Forum’s representatives held the first panel discussion on the development of international cooperation against global cybercrime at the International Cybersecurity Congress (ICC), organised by Sberbank on 5-6 July in Moscow. FinTech Futures was at that event.