Detroit-based start-up Dough strives to help students understand what they owe and offer guidance about different financial aid packages in order to help them borrow less. The company also wants to help students begin paying back the interest on their loans while they’re still in school by diverting a percentage of their paychecks toward the balance, reports Xconomy (FinTech Fututes’ sister publication). 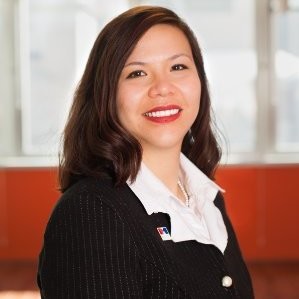 Catalina Kaiyoorawongs knows from experience how dire the student debt crisis has gotten in the US.

She spent years addressing access to loans for fellow low-income and first-generation students in Florida as part of her advocacy work, calling financial aid offices on their behalf in an effort to sort out the details of their funding. She says her best friend didn’t know she had defaulted on $80,000 in college loans until a debt collector called demanding payment, and her situation isn’t all that unusual.

“There’s a huge disconnect between what students understand and the information available,” Kaiyoorawongs explains. “It’s not a student loan crisis, it’s a student repayment crisis. There are all these rules, which make it so difficult. More and more students need college to access the American Dream, but there’s a lack of information and understanding.”

According to the US Department of Education, the national default rate was 11.5% for students in fiscal year 2014, increasing from fiscal year 2013’s rate of 11.3%. Seeing the problem firsthand while attending the University of Michigan inspired Kaiyoorawongs to start her firm.

Dough got its start in earnest last year after it received a U-M Dow Sustainability Fellows grant, which supports student-led projects that foster sustainability at the local, regional, national, or global levels.

Student loan debt in the US hit $1.3 trillion in 2017, Kaiyoorawongs says, so she spent four months taking an in-depth look at the issue and found three main problems in the marketplace. Students aren’t reading the term sheets for their loans, she says, because their eyes glaze over when they’re confronted with giant walls of text. There’s also no understanding of the loans’ terms even among students with top grades and test scores. (“Not even U-M engineers understand what compound daily interest is,” she maintains.)

Finally, and perhaps most alarmingly, 73% of college graduates don’t know how much they owe or who their lenders are, she says, in part because the debt is so valuable that collection companies buy and sell it, much the way mortgage and credit card debt is bought and sold.

“The idea that students don’t know who their lenders are is crazy,” Kaiyoorawongs points out. “Students know they have loans, but they don’t know who to ask if they have questions.” They sign a piece of paper, she adds, but that doesn’t mean they fully understand what they’re committing to. The problem is intensified for women and people of colour, who already have to contend with wage gaps, she says.

“Women, especially black women, are bearing the brunt of the cost of not preparing students better,” she notes.

Ultimately, Dough wants to partner with college financial aid offices and offer its services on a subscription basis to universities so it can provide students with detailed information on who their lender is, the amount of interest they’ll incur, and how much they’ll need to earn to pay it back. The company also wants to offer students other options if loans prove unaffordable. Dough plans to send students enrolled in its programme text messages with information and links to videos teaching them financial skills.

“We want them to understand their options right out of the gate instead of giving them legalese with no follow up,” Kaiyoorawongs says. “We envision not just creating software, but changing the culture of higher education.”

She also wants to do things like send emails out to students’ parents and loved ones during the holidays to suggest a small gift, $20 per month for example, and show what it could do to pay down interest over the years, saving students thousands of dollars in the long-run. Other goals include making it easy for students to send back excess funds if the loan exceeds the cost of a semester, and establishing a system in which universities with high student loan default rates have a harder time accessing federal funding.

“I’m trying to train people to use the tools I used myself. My mom made me save 25% of every paycheck – I went to the bank every Friday. I also believe the system can change to help students,” Kaiyoorawongs says. “Why don’t we spend a fraction of the debt management budget toward actually preparing students? I’m not saying all businesses are evil – with enough financial incentives, anyone intelligent would use them to make a buck – but that doesn’t help our young people at all.”