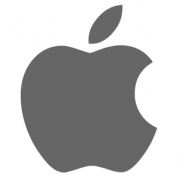 Apple has forbidden background cryptocurrency mining in any of its apps, specifically mentioning it in its newly updated developer guidelines.

The guidelines say that apps on the app store must use power efficiently, and must not drain battery, generate excessive heat, or put unnecessary strain on device resources.

More importantly, it also says: “Apps, including any third-party advertisements displayed within them, may not run unrelated background processes, such as cryptocurrency mining.”

Cryptocurrency mining was used by certain companies which saw more profit in asking the user for its spare computing power in exchange for an ad-free experience. Salon, the politics, culture and entertainment publication, was one of the most notable examples.

It is likely that Apple is being pre-emptive in making sure this issue doesn’t take over its app store, or perhaps it was already a problem. Either way, Apple wants to keep it under control.

Although many have interpreted this excerpt of the guidelines as an outright ban of cryptocurrency mining, a careful read of the guidelines would allow it if it is the purpose of the app itself and it doesn’t present a strain on the device.

However, Apple specifically says in the guidelines that apps can crypto-mine as long as it’s off the device, like cloud-based mining.

FinTech Futures contacted Apple for comment, but it has not responded at the time of writing.