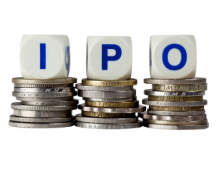 According to the document, Avalara plans to raise $150 million in common stock proceeds for the initial public offering (IPO). In the S-1 registration statement, the company said its plans for the funds are “to use the net proceeds from this offering for general corporate purposes” which it expects will include “headcount expansion, continued investment in our sales and marketing efforts, product development, general and administrative matters, and working capital”. Avalara also plans to use a portion of the proceeds to “repay the outstanding balance under our revolving credit facility”.

While the timing of the IPO has not been disclosed, Avalara intends to trade on the New York Stock Exchange under the ticker AVLR.

Since it was founded in 2004, Avalara has grown to serve 7,760 core customers and has raised $340 million from investors such as TCV, Battery Ventures, and Sageview Capital. The company has made four acquisitions, namely VATlive, VAT Applications, HotSpot Tax, and EZTax.