Hometap raises $12m to buy a piece of your home 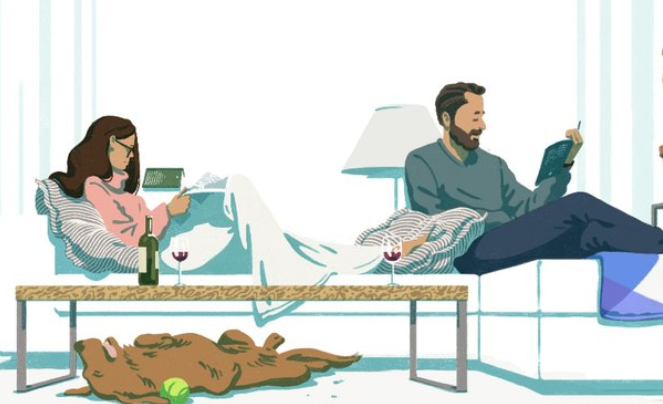 US lending start-up Hometap has powered up with a solution to invest in a person’s home with a minority stake to give them a cash infusion, reports Xconomy (FinTech Futures’ sister publication).

The firm is the brainchild of Jeff Glass, and this time he’s venturing into one of the oldest and, at the moment, hottest industries: real estate.

Glass is an entrepreneur and investor who is well-known in Boston tech circles for leading m-Qube, the mobile content-delivery company bought by VeriSign in 2006, and Skyhook Wireless, the mobile-tech company sold in 2014 to Liberty Media subsidiary TruePosition.

In between those two gigs, Glass spent six years as a managing director at Bain Capital Ventures. Now, he’s chief executive of Hometap, a young company that plans to buy minority stakes in people’s homes, kind of like a venture capitalist investing in a start-up. (More on this in a minute.)

“When we first started working on this idea a little over a year ago, I was an investor in the idea,” says Glass, who co-founded Hometap with Max Campion, Charlie Vrettos, and Andrew Vassallo. “Initially, I did not necessarily think I would be the CEO. What happened over the last year was I got increasingly excited about the opportunity to do something meaningful for homeowners.”

Investors see an opportunity as well, and have poured $14.5 million into Massachusetts-based Hometap so far, Glass says, including a $12 million Series A funding round. G20 Ventures led the latest investment, and was joined by previous investor General Catalyst Partners, along with American Family Ventures – the venture arm of Madison, American Family Insurance – and Pillar Companies.

Here’s the backdrop: US home prices are surging, but wage growth remains sluggish. (A Reuters poll of property market analysts in February found that US home prices are expected to rise at double the rate of inflation this year.)

Many people’s net worth has historically been tied up in their homes – a generally “illiquid” asset, Glass says – but current trends leave many homeowners particularly “house rich and cash poor,” as he puts it.

“Today’s homeowners have to put a higher percentage of income in their house,” Glass says, “and it leaves them with less cash to” do things like pay off debt, cover healthcare expenses, renovate their homes, save for their kids’ college tuition, or start a business. Hometap aims to “give homeowners a break,” says Glass, who grew up in a working-class neighborhood in Brooklyn.

This gives the homeowner a cash infusion, but without necessarily taking on additional debt or having to make monthly payments, the company says.

The catch is that someone must buy out Hometap’s stake within ten years; either the homeowner sells the property and Hometap takes its cut of the sale price, or the homeowner re-purchases Hometap’s stake, perhaps using savings or a loan. Hometap says it holds a second lien on the property, so if the home is sold, the company’s share gets paid off after the primary mortgage is settled.

“Unlike the bank, which gets paid back a fixed amount no matter what happens, [Hometap’s payout] is based on the sale price,” Glass says. The company invests with the hope that the home’s value will increase. But if the value goes down, “we’re going to take it on the chin, the same as the homeowner,” Glass says.

Hometap is part of a growing group of venture-backed companies – along with competitors such as Unison, Point, and Patch Homes – offering homeowners similar equity investments as an alternative to bank loans and other traditional financing options.

It’s hard to predict whether Hometap and its brethren have staying power. Like any consumer finance start-up, winning homeowners’ trust will be crucial. Glass seems to recognise this. “We have no control [over] or rights to the house,” he says. “We’re just your silent investor.”

However, Hometap says its lien enables it to step in and make mortgage payments if the homeowner becomes unable to do so.

In that scenario, the company would then “work with the homeowner to remedy the situation, either through a sale of the property or, if appropriate, a refinancing”.

The goal would be to prevent defaulting on the mortgage, which Hometap says would give the mortgage holder (usually a bank) the authority to take control of the property, often leading to a quick sale that might result in “diminished (if any) proceeds for the owner” – and perhaps for Hometap as well.

Hometap plans to begin investing in homes by early July, Glass says. It will draw from its current venture capital reserves initially, but eventually it might attract money from a wider variety of wealthy investors, he says. Part of the pitch is that home prices historically have a low correlation to the US stock market and are a hedge against inflation, he says. The timing might be right for Hometap, given the bull run that housing prices are riding – although that won’t last forever.

“We believe that we’re building something that over time can be a next-generation real estate asset class,” Glass explains. “As an investor, what I like to have is a diversified portfolio.”

There’s a tech element here, too. Hometap has accumulated historical data on more than 100 million single-family homes, thanks to licensing agreements with undisclosed partners, Glass states. Data analytics will play a big role in helping Hometap determine which homes are sound investments, based on the characteristics of other homes that have appreciated in value.

“We have been spending well over a year behind the scenes on the back-end data and analytics, to think about how you can expect homes and homeowners to behave … so you’re able to deliver a product to a homeowner that has a really strong value-add, but also returns the necessary amount of capital back to the investor base,” Glass says. “It’s a delicate balancing act.”