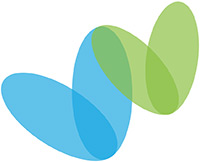 Previously, Lebara had a similar deal with MoneyGram, which has now come to an end, FinTech Futures understands.

The deal enables over three million Lebara Mobile and Lebara Money users to use WorldRemit’s digital money transfer service directly from the Lebara app and website. Lebara customers – foreign resident communities in the UK, Germany, France, Spain, the Netherlands and Denmark – will be able to utilise WorldRemit’s “extensive payout network in over 145 countries and its safe, fast and low cost digital money transfer service”, the two parties say.

They add that the new offering “will provide a more convenient and lower cost alternative to the 90% of migrants who still send money through offline networks”.

WorldRemit will benefit from co-branding in Lebara’s full retail estate stores and advertising in Lebara Mobile simpacks sold in 260,000 stores across Western Europe.

Ismail Ahmed, founder and CEO at WorldRemit, says that whilst his company has been working with telcos on the receive side, this is its “first strategic partnership” with a mobile operator on the send side.