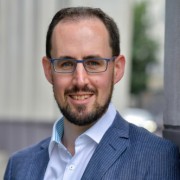 TSB is muscling into the UK’s SME financial services space with a pledge to invest up to £100 million in small businesses.

“The small business banking market is dominated by the big banks that control over 90% of the market between them,” TSB states.

“TSB believes real competition is needed in this market to break the shackles the big banks have had on Britain’s small businesses for far too long.”

TSB and its parent, Spain-based Sabadell, will start with an initial tranche of £30 million, to be invested via a new investment vehicle, BlueWaves.

BlueWaves will provide equity funding to early stage businesses and start-ups with a focus on small businesses across the UK.

“These small businesses – including digital and e-commerce; software and technology; creative and media, to name a few – will now be able to secure the early stage investment they need to grow,” TSB says.

The bank has also recently appointed Richard Davies as commercial banking director to spearhead its SME business. (Davies is also a new judge on the Banking Technology Awards panel.)

“What better way to kick start the year supporting the future of local small businesses than to invest right in the heart of the UK economy,” Davies says. “This is a tangible example of how we want UK businesses to reach their full potential as we put our money where our mouth is.

“We’re spending millions of pounds of our own money to build new services for small businesses, and our new banking platform will provide the springboard to really take on this market in 2018.”

TSB is also bidding for a share of the £750 million fund set up by Royal Bank of Scotland (RBS) to boost business lending in the UK (the fund replaced RBS’s failed attempt to shed 300 branches and carve out a separate bank under the Williams & Glyn brand). TSB is aiming to get three grants worth £60 million, £100 million and £20 million.

“Imagine the good that money could do for Britain’s small businesses in the hands of a bank like TSB – one that has already shown its credentials in taking on the big banks,” concludes Paul Pester, TSB’s CEO.