Israel Credit Card and OneBill will be working with Chinese firm Alipay to offer payments for Chinese visitors to Israel. Ant Financial says the availability of Alipay means “Israel becomes the first country in the Middle East in which it can be used for instore payments”.

According to information received from the Ministry of Tourism and the Israel-Chinese Chamber of Commerce, the volume of Chinese arrivals to Israel increased 45% year-on-year in 2017. Last year, over 123,000 Chinese tourists visited Israel. Ant Financial says the typical Chinese tourist visits Israel for an average period of nine days, during which each tourist spends approximately $300 daily. 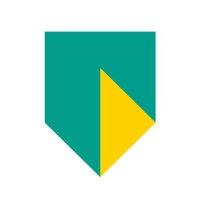 Dutch bank ABN Amro and payment service Payconiq have decided to end their talks to explore potential for collaboration. Since April 2016, ABN Amro has been a party to a joint initiative of Dutch banks to set up and launch Payconiq as a new payment service for Dutch consumers and shops.

The bank was brief in its reasons and says it has made “strategic choices of its own that impact the way the bank aims to serve its clients’ interests”. For example, it says it is further expanding the functionality of its payment request app, Tikkie, to retail and business clients. Like the end of some brief celebrity marriage, ABN Amro says they have “amicably agreed to end their collaboration talks” and it “wishes Payconiq every success in the future”. No doubt they’ll be on the front cover of Hello magazine soon.

In its previews for the iOS 11.3, Apple is unveiling Business Chat with the support of select businesses including Discover and Wells Fargo. Business Chat lets users communicate directly with businesses within the Messages app and will launch in Beta with the public availability of iOS 11.3 this spring.

By the way, iOS 11.3 also introduces four new “Animoji”, giving iPhone X users the ability to express themselves as a lion, bear, dragon or skull. But I guess most of our readers aren’t overly excitable teenagers and don’t need to know this.