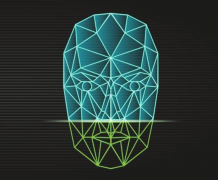 “Our innovative business model puts a premium on global coverage, KYC/AML compliance and a seamless customer experience,” says Meed’s COO and CTO, Stephen Landry. “We looked at many providers, but found the Jumio solution to be superior based on the quality of its global footprint and the sophistication and accuracy of its biometric-based identity verification.”

A wholly-owned subsidiary of GlobeOne, Meed is a socially responsible financial health firm that partners with banks and financial institutions deliver financial services to the underbanked. The company will deploy Jumio’s Netverify solutions to verify the authenticity of government issued ID, as well as the digital identities of new users. Successfully authenticated users are then routed directly to regional member banks. The company is active in Vietnam and plans to expand to the US and Latin America in 2018. Les Riedl is CEO.

Jumio was founded in 2010 and is headquartered in Palo Alto, California. Jumio’s technology enables users to scan a wide variety of documents even when those documents are folded, crumbled or wrinkled. Jumio teamed up with Plynk in August, providing identity verification for the European money messaging app and partnered with Branddocs TrustCloud, bringing its technology to Spain and Latin America.

In 2017, Jumio unveiled eyeball tracking as a new aspect of Netverify’s “liveness” check and announced a collaboration with a UK-based challenger bank, Monzo.