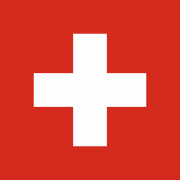 Some buying and selling in Switzerland

Raiffeisen, the third largest banking group in Switzerland, is selling its 10% stake in core banking tech vendor Avaloq to private equity firm Warburg Pincus. The latter already owns 35% of Avaloq (the acquisition was completed in mid-2017).

Raiffeisen and Avaloq have been partners for over a decade. In early 2015, they set up a joint venture, Arizon, to build a retail banking platform for Swiss banks based on the Avaloq Banking Suite core banking system.

Arizon is also responsible for implementing and operating the platform in all Raiffeisen banks (at the time of the project unveiling the number of banks was cited as 300, but in the latest announcement it has been revised to 255).

Later that year, Raiffeisen purchased 10% of Avaloq’s treasury shares, which have now been sold to Warburg Pincus.

The banking group is also disposing of its 51% stake in Arizon: an agreement in principle has been reached for Avaloq to take the full ownership of Arizon as of 1 January 2019. Avaloq says no management changes are anticipated and there will be no reductions in headcount (300 employees) as a result of the transaction.

As part of the deal, Arizon will enter into a service agreement with Raiffeisen running until the end of 2024 – “for the further development of the banking platform and delivery of processing service”. Avaloq confirms that 255 Raiffeisen banks will be migrated onto the new platform.

Avaloq describes the deal as “bolstering its existing partnership with Raiffeisen Switzerland into a value additive, long-term and pure client-supplier relationship”.