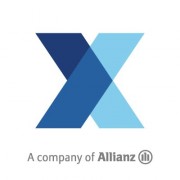 X gon give investments to ya

Allianz with its in-house incubator, Allianz X, has switched gears and pivoted towards a new range of digital investments.

The company has also brought in Nazin Cetin, co-CEO of Allianz X to take over after CEO Peter Borchers stepped down from the role. Borchers was CEO since September last year, Allianz says Nazin Cetin will replace Borchers, effective immediately.

Before his departure, Borchers transformed the Allianz Digital Accelerator to Allianz X, leading to the creation of private car selling platform, Abracar. Allianz says Borchers will remain as an advisor to the company in all digital endeavours.

Recently, Allianz contributed to a Series B funding round led by Fujitsu for 1QB Information Technologies (1QBit), a quantum computing firm based in Vancouver. 1QBit says it plans to use the cash to continue to expand its research and software development teams.