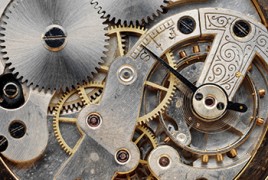 Ripple: gpi is “an experiment with interesting patchwork over an antiquated system”

Much of the focus for correspondent bankers at this year’s Sibos will again be Swift’s global payments innovation (gpi) initiative. More than 110 transactions banks from Europe, Asia Pacific, Africa and the Americas have signed up to the initiative, which opened for live payments in January 2017.

The first phase of the initiative is focused on business to business payments. A second phase will encompass digitisation of cross-border payments, followed by an exploration of the potential of new technologies such as distributed ledger, in the third phase.

As any Sibos veteran will know, gpi answers the call first made by Heidi Miller (then of JP Morgan Chase) for Swift to be more like international courier companies such as DHL or UPS. Why couldn’t banks and corporates be able to track payments?

Using the “existing rails” of the Swift network, gpi offers faster, same day use of funds (within the time zone of the receiving gpi member), transparency of fees, end to end payments tracking and remittance information that is transferred in an unaltered state. At Sibos, Swift will present the results of a blockchain proof of concept (PoC) exercise, designed to validate whether the technology can help banks to reconcile their international nostro accounts in real time.

Launched in January 2017, the PoC aims to help banks overcome significant challenges in monitoring and managing their international nostro accounts, which are crucial to the facilitation of cross-border payments. At present, banks cannot monitor their account positions in real time due to lack of intraday reporting coverage. The PoC recognises the need for banks to receive real-time liquidity data to manage funds throughout the business day. At its core, the PoC builds on the rulebook.

If banks can manage their nostro account liquidity in real time, they can accurately gauge how much money is required in each account at any given point, ultimately enabling them to free up significant funds for other investments.

The PoC is based on Hyperledger technology, combined with Swift tools to ensure that all the information related to nostro/vostro accounts is kept private and seen only by the account owner and its correspondent banking partner. The PoC is based on a private permissioned blockchain in a closed user group environment, with specific user profiles and strong data controls. User privileges and data access were also strictly governed.

In a January article, payments fintech Ripple suggested the PoC “doesn’t solve the real problems banks face today” (this was a conclusion drawn from what Ripple knew of the POC at the time). Ripple was assuming that using Swift’s PoC-stage distributed ledger technology (DLT), banks will maintain their nostro accounts as they do today. The only difference would be that account balances were reflected in real-time on the distributed ledger, “marginally improving the painful reconciliation effort” for banks. “Much like the rest of gpi, this solution iterates minutely on what Swift does today. In essence, it’s a private Swift blockchain that will track nostro balances and cut out the necessity for constant reconciliation efforts.”

Ripple argues that the PoC will not solve the problems connected with banks’ multiple, bilateral relationships, payment pre-validation and fee pre-disclosure, interoperability and scalability, and liquidity management.

“As the largest and strongest advocate for using DLT for cross-border payments, we are delighted that Swift’s 40-year old empire is finally embracing the benefits. But in reality, it’s an experiment with interesting patchwork over an antiquated system,” stated Ripple…

This is an excerpt. The full article is featured in the October 2017 issue of the Banking Technology magazine. Click here to read the digital edition – it is free!