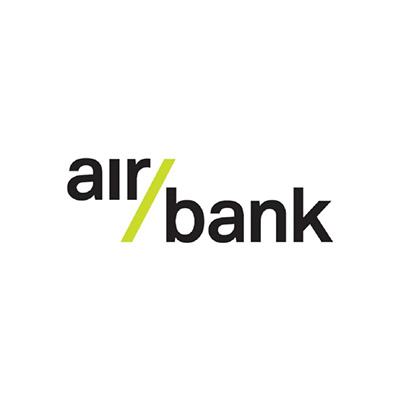 The afternoon of Diebold Nixdorf’s IMS conference continued with Czech Republic based, Air Bank, and its chief marketing and product officer Jakub Petřina, with a presentation and a touch of déjà vu.

Following on from what ING had to say about homely banks, Air Bank are following suit with a strong belief in: “Banks don’t have to be a necessary evil. Even a bank can be liked.”

Starting with how it wants to “reinvent” the way banking is done. Air Bank believes the unfriendly nature of some banks, whether in appearance – looking old fashioned and mundane or restrictions on items: mobiles, drinks, food etc – affects people’s perception and decision to visit the bank.

Centering around ATMs and cash handling, it’s a bank of firsts. With Air Bank being the first to rely solely on cash-in ATMs and the first to offer note selection in 2011 and repeated withdrawals in 2015.

When it came to contactless payments via NFC, Petřina said Air Bank was the first to offer NFC payment cards, supported NFC ATMs and the introduction of contactless only ATMs. The result after five years was 575,000 customers and its share of new customers in the Czech Republic was 83%.

Cashless competition in a digital world

Going from the reinvention of banks to opportunities in the digital world, next on stage was Damianos Charalampidis, chief digital officer and retail products head at Alpha Bank in Greece, to talk about global trends and the technology that drives changes in banking.

Aside from the clear demand for digital technologies over the years, Alpha Bank predicted an expectation of around 20% growth and cost reduction of 15-19% over the next three to five years. The same went for other European banks initiating efforts for transformation.

Moving away from the detailed stats showing customer growth and demand for digital products, Charalampidis talked about the innovation of apps from both banks and competition from non-traditional tech giants and fintechs.

Cashless competition was also talked about. With the rise of contactless payments, more companies are producing payment systems which are fast, accurate and convenient. These included the likes of Apple Pay, Android Pay/Google Wallet, Samsung Pay and PayPal.

At the end, Alpha Bank focused on three priorities in adopting a digital strategy: no technology enhancements for the sake of technology, the adoption of proven innovative solutions and the importance of being progressively fast more than being perfectly accurate.

Deniz Devrim Cengiz, group director of digital banking at Turkish bank TEB arrived to talk about Cepteteb, its digital bank and how it progressed towards the transformation of mobile banking into a digital banking platform.

Just like other digitalised banks, Cepteteb is customer focused, but what TEB has done for its customers in Turkey is essentially redesign its products from scratch for “simplicity”. Current accounts and saving accounts are combined, and there is a digital process for personal loans and a customisable credit card.

Lastly, by using the Cepteteb app, customer can use their smartphone as a mobile wallet. Cengiz went into detail about how customers can make contactless payments with NFC, transfer money from ATMs, and withdraw money using QR codes. Fast tracking is also available for customers going abroad at supported airports and ferries.

Just like the morning, the afternoon was insightful, there was certainly plenty to talk about, so everything wasn’t covered. It was, however, an eventful afternoon seminar and I noticed that while the goal is to progress towards a digitalised future in banking, everyone has its own way going about it and competition is strong.