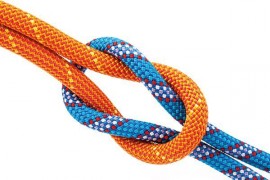 In a March 2017 report, Recent Trends in Correspondent Banking Relationships – Further Considerations, the International Monetary Fund (IMF) said to date, cross-border payments have remained stable and economic activity has been largely unaffected, despite a recent slight decrease in the number of correspondent banking relationships (CBRs). “However, in a limited number of countries, financial fragilities have been accentuated as their cross-border flows are concentrated through fewer CBRs or maintained through alternative arrangements,” stated the report. “These fragilities could undermine affected countries’ long-run growth and financial inclusion prospects by increasing costs of financial services and negatively affecting bank ratings.”

The factors leading to global banks’ withdrawal from relationships are varied, but generally reflect correspondent banks’ assessment of the profitability and risk of the relationships. Decisions to terminate CBRs often relate to the correspondent bank’s lack of confidence in the respondent bank’s capacity to effectively manage risk, said the IMF. Recent changes in the regulatory and enforcement landscape have contributed to this phenomenon, notably with respect to more rigorous prudential requirements, economic and trade sanctions, anti-money laundering (AML) and combating the financing of terrorism and tax transparency standards.

Addressing the withdrawal of CBRs will take time and will require strengthened, coordinated and collective action on the part of public and private stakeholders. “The first port of call for all countries concerned with the withdrawal of CBRs includes measures to enhance respondent banks’ capacity to manage risks, improve communication between correspondent and respondent banks, strengthen and effectively implement regulatory and supervisory frameworks in line with international standards, particularly for AML/CTF [counter-terrorist financing] and remove impediments to information sharing,” said the report. “Other initiatives to address the underlying drivers of CBR withdrawal, particularly those related to correspondent banks’ profitability and risk assessment concerns, should be considered, though they tend to have more limited impact. In the event of a complete loss of CBRs by all commercial banks in a country, the public sector should also consider the feasibility of temporary mechanisms, including public-backed vehicles, to provide payment clearing services.”

The IMF is helping affected countries to improve their monitoring of CBRs and strengthen their legal, regulatory and supervisory frameworks. It is working with the Financial Stability Board (FSB), World Bank, G20, Financial Action Task Force (FATF), Arab Monetary Fund, Committee on Payments and Market Infrastructures and other stakeholders.

John Campbell, head of transaction banking international and financial institutions at ANZ, says large international banks have an important role to play in connecting smaller banks in emerging markets to the global correspondent banking network. “In many cases, this access is critical for a country’s foreign-currency inflows and a lack of access can have serious humanitarian consequences. However, as part of facilitating cross-border flows, banks have an obligation to prevent financial crime – such as money laundering or breaching sanctions – and hence need certainty of the source of funds being processed.”

International banks are therefore left with something of a dilemma, he says. On the one hand, they don’t want to fall foul of regulators, but on the other there is a desire to aid financial inclusion.

“To meet all the requirements under a well-managed agenda, cross-border banking has become an expensive activity, particularly in emerging markets, and ultimately banks have to decide if they want to play in the international cross-border payments space or not.”

Rob Cleasby, global head of bank coverage, financial institutions group, CIB, Standard Bank of South Africa, says CBRs that enable the provision of cross-border USD/EUR payments have been terminated in certain jurisdictions in the past 18 months. “This undermines economic stability and growth of the exited country by increasing the cost of trade transactions in particular, whilst also hindering diaspora flows.”

From a Standard Bank Group perspective, in the lower end of the higher risk jurisdictions, correspondent banking services are mostly fungible between the correspondent banking institutions. For example, in Kenya, the exit of one European institution was fully mitigated by another institution, however in Angola, the exit resulted in Standard Bank Group having to replace the USD clearing services through a bespoke solution which also mitigated some of the higher risk regulatory concerns. Other mitigating solutions such as changing the underlying currency of the transaction have had limited success in sub-Saharan African markets.

Campbell says several areas can be improved to make it easier for cross-border players. “There could be better communication between financial institutions and regulators to ensure a level playing field between international banks and domestic banks. Secondly, there is a mismatch of standards and regulations across the various markets. With higher standards in some emerging markets, cross-border banks would have greater comfort about the local standards to which domestic institutions are held. And thirdly, more could be done to ensure that emerging market banks are carrying out know your customer (KYC) and AML checks to the same standards as international banks – this would give cross-border players greater comfort about the control environment, especially around source of funds.”

To date, most lost correspondent banking relationships have simply been replaced by an alternative provider, says Cleasby, as his institution has been proactive in ensuring it has mitigated this risk to the best of its ability. “Critical to ensuring this success is the relationship between the correspondent and the respondent, the partnership and the understanding of the primary clearing business between these organisations.”

De-risking has also been driven by the global correspondent banks realigning and refocusing their business back into their core markets to comply with increased regulatory and capital requirements. Therefore, it is important, adds Cleasby, that local regulators clarify their regulatory expectations, strengthen regulation and supervision in line with international standards, promote industry initiatives to proactively address the concerns of the host market, and develop contingency plans to mitigate the risk of a loss of correspondent banking relationships in certain jurisdictions.

For several years, the industry has experienced a continuous decline in the number of correspondent banks worldwide, says Jack Jared, head of compliance, correspondent banking group at Citi treasury and trade solutions. “Some banks and some jurisdictions are finding it hard to access services in major currencies, especially US dollars. The most frequent explanation is ‘increased regulatory requirements’ or words to that effect.”

Correspondent banking is a high-risk business from an AML and CTF perspective, he says, and clearing banks are required to mitigate that risk by performing enhanced due diligence, as required by regulations and their own AML risk management policies. Banks have addressed this at a jurisdictional and a portfolio level. “Banks have decided that certain jurisdictions may no longer fit their risk appetite, or due to distance or other factors, cannot maintain an adequate KYC process. Some correspondents have exited jurisdictions completely.” At the portfolio level, it is virtually impossible, he says, to apply a risk-based approach to the quantity or quality of the due diligence carried out. The only respite is the frequency at which due diligence is conducted. “Without completing the entire KYC process, it is not possible to ascertain the potential AML/CTF risk originating from a correspondent relationship,” he says.

Regulators and banks need to work together, says Jared, to find solutions to the duplicative work and cost incurred by the industry. “For example, more than 99 per cent of payments globally do not produce sanctions ‘hits’ yet the most basic cross-border payment will be screened four times. With a globally acceptable certification process for sanction-screening engines, the payment could be certified as ‘good’ by the first bank in the chain with the remaining banks eliminating their own work.”

“This has created a number of unintended consequences – including high costs to compensate for the regulatory burden and the abandonment of service altogether, most injurious to the vulnerable and needy population,” he says. “It also makes it harder for the legitimate customers to get access to the banking system, forcing them to use darker channels, thus making it much harder to detect and control illicit fund flows.”

The good news, says Neyer, is that all stakeholders see the need for reform. “Regulators must move beyond paying lip service to the ‘risk-based approach’ to clarify expectations and to provide clear rules and guidelines, especially with regards to enhanced requirements for high risk clients. Financial institutions should educate and influence governments and regulators to harmonise international compliance standards, and to foster transparency and information sharing.”

An example is the interplay between data protection and KYC. While KYC requirements are escalating because countries have varying and sometimes conflicting, data protection laws, the information that can be shared is limited. This prevents the creation of effective KYC processes on an industry level. Another option would be globally agreed standards on what data is to be collected, and how the integrity of data will be validated and maintained.

The above developments will enable a more effective use of industry information utilities, he adds, be they a KYC registry from Swift or a blockchain solution from Tradle, as well as processing utilities, such as a user group of all the banks and the central bank in the Dominican Republic, which has been extended to a user group of six central American central banks. “Regulators should encourage shared solutions in the cooperative space as well as providing incentives for servicing high-risk jurisdictions and segments, thus balancing the penalties such as fines, with the rewards,” he says.

The cooperative approach needs to be supplemented with individual efforts to improve effectiveness of existing procedures, for example using emerging AI techniques, such as machine learning to eliminate false positives and to improve identification of cases of misuse of the financial system, he adds.

This article is also featured in the Daily News at Sibos 2017 – Day 4 edition.
Click here to read the issue online or pick up a print copy if you are at the conference!
The digital and print editions are free.