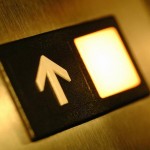 “Last year was a great year for us, with revenues increasing twice as fast as costs for the second year in a row,” said de Geer, who is also co-founder. “Throughout the year we’ve remained focused on growth, investing in customer acquisition and expanding our product portfolio.”

Since launching its m-POS reader in 2011, the company has expanded its services to include sales and invoice tracking as well as financing. iZettle operates in 12 markets in Europe and Latin America and 1,000 small businesses join the service every day, according to the company.

“We see a huge market potential as tens of millions of small businesses are still being underserved by traditional financial players,” said de Geer, who added that the company will focus on preparing for a potential IPO.