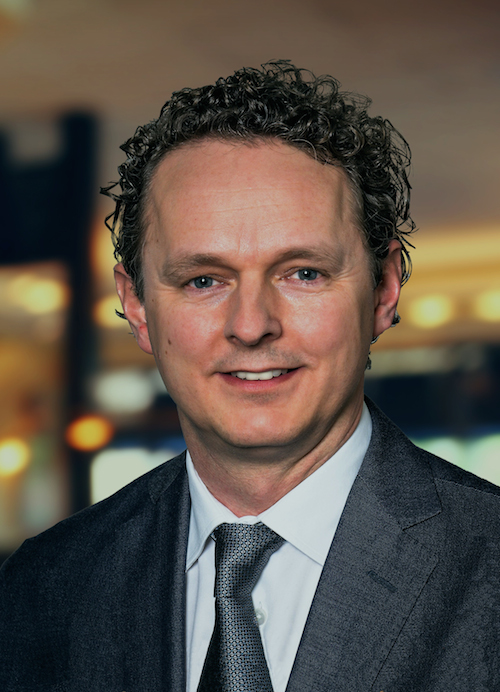 Nelson Holzner, newly appointed CEO of AEVI, talks to Banking Technology about the importance of innovation and simplification, and addressing real-life problems with working solutions. “Do more” is AEVI’s motto.

Holzner joined AEVI earlier this year, following the sale of BillPay, the payments company he founded in 2009, to Klarna.

AEVI itself is a newcomer to the fintech and paytech space – it was carved out of Diebold Nixdorf as a separate company in October 2015. It enjoys independence within the group, and has external investors, such as PE firms HPE Growth Capital and Adveq, who pumped €30 million into AEVI last year.

“AEVI is a nimble fintech company that has working solutions to address the real-life needs of the B2B payments market.” Holzner states. “So, moving to AEVI was culturally a good fit.

“At AEVI we are building an open and secure ecosystem for transactions and value-added services,” he continues.

“We aim to bring flexibility, choice and strategic value to acquirers in their relationship with merchants, as well as to bring both acquirers and merchants closer to their respective customers and facilitate genuine innovation.

“We want to enable interaction with customers beyond a payment transaction. It’s great putting a smile on the face of a person when they check out from a hotel or pay a restaurant bill.”

Holzner feels the lack of innovation from payments tech providers has been a real issue for acquirers and merchants. The competition is getting tougher as is the ability to differentiate from rivals. Add stricter regulations and often price ends up being the main differentiator.

Enter SmartPOS devices. “They can do so much more than just transactions. That’s what AEVI is all about – putting ‘smart’ into consumer proposition,” he says. “If a customer is happy, it increases ‘stickiness’, and that makes a merchant happy. And a happy merchant usually means a happy acquirer.”

AEVI’s flagship SmartPOS development is Albert – named after Albert Einstein – which was co-created with Commonwealth Bank of Australia (CBA). Launched in early 2015, it has proved a popular offering, with around 75,000 devices in use today in Australia.

It is a seven-inch touchscreen tablet that runs on Android. In addition to accepting contactless payments, it can scan barcodes and email receipts and has a range of apps to help run a business. Albert accepts Mastercard, Visa, American Express and connects through 3G/Wi-Fi.

The company is now bringing Albert and its open marketplace of B2B apps to the European and US markets.

“Albert is a trend-setter – we’re seeing other manufacturers deciding to run their SmartPOS devices on Android too,” Holzner comments.

The devices go through the AEVI enabling process to ensure they integrate securely with the Global Marketplace environment and can install and run the apps within, Holzner adds.

AEVI considers its app store, the Global Marketplace, an ultimate collection of business-standard apps offered on a white-label basis. It is geared mainly towards SMEs, and offers cloud-based B2B apps for the day-to-day running of a business, including ERP, HR, CRM, inventory management and so on.

Holzner emphasises the open and collaborative nature of the marketplace: it is open to all manufacturers and developers regardless of their hardware and software preferences.

The Global Marketplace was launched in 2015 and has around 70 apps at present, including Moroku (gamification), Movylo (CRM), Swipii (customer loyalty and marketing), Docufy (document scanning and filing) and Homebase (employee management).

“It is about quality, not quantity,” Holzner states. “We see it as the start of something big, and currently unique, in the B2B app space.”

Holzner cites Europe and the US as “the most promising” for its marketplace and SmartPOS growth, with a number of pilots already underway. “The UK, for example, has a heavy reliance on cards, so it’s great for us,” he notes.

AEVI itself is a Europe-based entity: its headquarters are in Germany and it has offices in the Czech Republic and the UK. It is also ramping up its sales force in North America.

It’s not just about apps. AEVI’s largest business is a global transaction platform, which processes 1.2 billion transactions globally and services big names such as Tesco, Total and Shell. Holzner describes it as a “fully integrated solution with a centralised cross-border payment platform”.

A typical large international retailer would have multiple acquirers for various local markets, and a complex, highly fragmented payment ecosystem. AEVI’s aim is to simplify the set-up, so that there is just one connection required – to the AEVI platform. “We then guide a company through the multiple local regulatory requirements, provide consolidated reporting and connect all devices to one central platform,” Says Holzner.

The interview is featured in the July/August 2017 issue of the Banking Technology magazine. Click here to read the digital edition (it is free!).