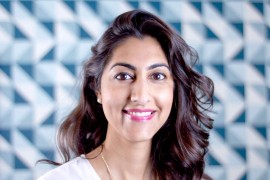 Luvleen Sidhu: Why did we want to disrupt banking? Two words – the people!

How did BankMobile become the largest digital bank in the US? Luvleen Sidhu, the bank’s co-founder and chief strategy officer, shares the strategy.

Imagine trying to disrupt an industry that has been around for a long time, which many believe can’t be disrupted. Imagine being told that fintech and digital banking are the future, but in the same breath you’re advised that traditional banking has too much of a stronghold to ever lose its footing.

To add to that, imagine that most of the so-called leaders of the fintech movement, who began this optimistic view of fintech taking over, start to recant and wave the white flag.

The truth is that many have tried and, just as most predicted, they have not been able to create a sustainable business model. A lot of fintech companies have either sold themselves to traditional banks or have begun licensing their technology to survive. While this is good for them from a business perspective, it does little for the consumers who need to benefit most.

As the president, co-founder and chief strategy officer of BankMobile, I am proud to say that we have cracked the code. In less than two years, BankMobile has become the great example of a genuinely winning solution – a hybrid model (fintech company with a bank charter) that is revolutionising and disrupting banking.

To understand how we got here, let me first give you some background.

The vision for disrupting banking

Our vision for disrupting traditional banks was to create a completely branchless experience to replace the outdated, inefficient, and costly branch model.

We also aimed to create a customer acquisition and retention model that was ten times better than that of traditional banks.

Not only would our branchless model save customers money, but our acquisition cost would do so as well. On average, it costs traditional banks $300-500 to acquire a new customer, and for us it only costs $9. Cost savings were a big part of the puzzle, but creating a product offering that was easy to use, transparent, affordable, and could create an emotional connection was also a priority.

When it all boils down, our aim was to create a bank that provides value for its customers, so that they would become customers for life.

Why did we want to disrupt banking in the first place?

Two words – the people! If you look at the habits of middle- and low-income Americans, you will notice that they are looking for an alternative banking model that is affordable, transparent, and can really help them from a financial standpoint. Here are some disturbing numbers:

And what do traditional banks do to ease the load? They charge these Americans that are already suffering financially up to $32 billion per year in just overdraft fees alone. So yes, Americans are fed up and ready for change, and we wanted to be the one to give them a better banking experience.

Another reason why we wanted to disrupt banking was due to a macro trend in terms of consumer needs and behavior that we were seeing. For the first time in history, Americans were now interacting with their bank more through mobile channels than any other channel.

Specifically, Americans are interacting with their bank 20-30 times per month on their mobile devices versus interacting with their bank via a bank branch visit just one to two times a year. This is important data because it signifies two things: 1) Americans (and particularly millennials) are very open to banking with branchless banks and 2) the traditional bank model is old, antiquated and charges people unnecessary fees.

On average, banks are opening only one net new checking account per branch per week. This inefficient branch model is actually being subsidised by charging Americans billions of dollars in fees each year and that’s what we set out to change.

How did we become the largest digital bank in the country?

First, BankMobile provides everything traditional banks offer, with no brick and mortar.

Secondly, if you put us against all banks in the country we are already a top 15 bank by checking accounts with nearly two million customers.

We did this by pursuing two distinct strategies that would replace branches with technology in the form of a mobile app and online banking portal. 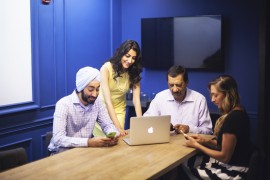 BankMobile: this is a great time for the banking industry, consumers’ pockets and fintech in general

Our first strategy was direct-to-consumer. By implementing an digital omnichannel approach, we were able to attract many consumers who were simply sick and tired of how their bank was taking advantage of them.

They appreciated our all-digital, no-fee accounts, the ability to access 55,000 free ATMs, and the opportunity to get reimbursed for all third-party ATM fees if they were a BankMobile VIP. They also received personalised customer service and access to a financial coach, if they needed real-time help with managing their finances.

Even though we believe in this model, we found that direct-to-consumer is still a very costly acquisition model. Even as many were willing to open accounts with us, there was still a lot of inertia to get people to switch banks completely. Also, as an all-digital bank we found that there was a lot of fraud being attempted. With this in mind, we implemented our second strategy which has served as our bread and butter, and has allowed us to grow exponentially.

Our second strategy has proven to be our most effective and lucrative. Focusing on a B2B2C has allowed us to acquire customers and at a low cost, decrease fraud by a wide margin, and scale our business at a rate that no one in the industry has come close to.

For example, our distribution model and white label technology allowed us to land our first distribution partnership with 800 universities across the country, where we provide the technology that helps them distribute financial aid refunds to their students. In return for developing this software for the colleges, the students at the schools have the option of opening a BankMobile Vibe checking account to receive their refund. With this acquisition model, we are opening about 500,000 new checking accounts each year in the college student demographic.

This is just one example, but we have many other strategic partnerships and white label opportunities that will surely push us closer to being a top bank in the country. When the time is right (and the ink is dry), we will begin to reveal those partnerships, many of which are with brands you already know (and hopefully love).

With our B2B2C strategy we don’t have to reinvent the wheel as it relates to delivering financial services to our customers.

We truly believe in partnerships, and with our partnership model we are able to allow other financial services companies to use our API to share information and create what I call “the fintech marketplace” (sort of like an Amazon experience for financial services, all within the BankMobile app). This will allow our customers to have the ability to access student loans, personal loans, credit cards, investments, etc – all in one place.

With our strategic partnership model, we don’t only focus on financial services companies. We also focus on other partnerships that will help our customers build a solid foundation for every aspect of life. For instance, this includes providing discounts for online courses to develop skills and increase marketability to deals on textbooks, everyday essentials, travel, streaming services, TV, music and so on.

The future is now

As a fintech company with a bank charter, we have created the bank of the future, now. Thanks to our own internal technology team, we have proprietary technology that we believe will change the landscape of banking.

Instead of just using data in a simple way, we are using data analytics in complex, thoughtful ways to truly improve the banking experience. Our data will allow us to proactively anticipate our customers’ needs and deliver solutions based on this data.

We will move away from just doing money transactions and money management, to moving towards providing financial insights to our customers so they can really change the way they are living their lives. This will give them the tools needed to make the best financial decisions for their life.

We are also focused on using advanced biometrics to keep customer information secure.

All in all, this is a great time for the banking industry, for consumers’ pockets, and for fintech in general. What we have created with BankMobile will survive the test of time – we are convinced – and, just like other disruptors like Amazon, Uber and Netflix, we will create convenience and ease of use, all while saving time and money.

Welcome to the future!

BankMobile was originally set up by Customers Bancorp, a $9.6 billion financial institution based in Pennsylvania, and opened for business in early 2015.

In a filing to the US Securities and Exchange Commission (SEC) in May 2017, Jay Sidhu, chairman and CEO of Customers Bancorp, explained the next steps: “We are now considering restructuring the transaction as a tax free spin-off of BankMobile to Customers Bancorp shareholders. This would be followed by an all-stock acquisition of BankMobile, at a to be determined valuation, and subject to regulatory approval, by a well capitalised Flagship Community Bank. Flagship believes it has adequate capital commitments to consummate the restructured transaction.”

He continued: “However, over the past few weeks, Customers has also received two unsolicited all-cash proposals, both of which the board believes could, subject to mutual due diligence and negotiation of a definitive agreement, be considered superior to the Flagship proposal. If Customers Bancorp is successful in executing a definitive agreement along the lines of the Letters of Intent submitted, both of these all cash offers could be materially accretive to Customers Bancorp earnings and equity capital.

“While there are no assurances, we are hopeful that we will be able to execute one of these options over the next several weeks.”

BankMobile also did its own M&A – in late 2015, it acquired Higher One, a student loan disbursement company and partner of Customers Bancorp since 2013.