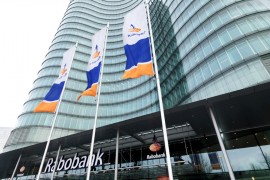 Rabobank is modernising and centralising its cross-border payments operations. The software supplier for the new payments hub is Finastra (formerly Misys and D+H).

The solution was known as GTBS when it was owned by D+H, and as Fundtech before that (D+H acquired Fundtech in 2015).

Misys and D+H have recently merged to create Finastra. The fintech media world is bracing itself for a flood of announcements and press releases from Finastra to assert the new name across the internet.

It adds that the solution “is able to meet a majority of the bank’s needs out-of-the-box, with minimal customisation”.

Heimen Schuring, head of channel support and payment engine at Rabobank, says the team is looking forward to getting rid of the legacy tech. He adds that Finastra’s solution was chosen “after careful consideration and analysis”.

Rabobank is listed as a customer by a number of paytech suppliers, including FIS (formerly Clear2Pay) for its OPF payments hub, Pelican (formerly ACE Software Solutions), Pegasystems, and Wall Street Systems (formerly Aleri) for its Atlas system. The latter will be replaced by Finastra, Banking Technology understands.

In a separate development, Finastra has inked a partnership agreement with SIA, an Italy-based payments software and services supplier, to provide real-time payment capabilities to financial institutions operating across Europe. Financial institutions can use Finastra’s payments software to connect via SIAnet to RT1, EBA Clearing‘s pan-European instant payments infrastructure.