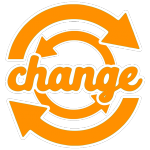 The CFPB on June 15 issued a request for comment on proposed changes to its final rule on prepaid accounts that would adjust requirements for resolving errors on unregistered accounts and provide greater flexibility for credit cards linked to digital wallets, among other issues that had been raised as areas of concern by the industry.

The bureau first floated the amendments in April, along with the announcement that implementation of the prepaid rule would be pushed back by six months to April 1, 2018. The consumer protection watchdog also is seeking input on whether a further delay in implementation would be necessary and whether an express provision addressing early compliance is needed.

“We know that effective implementation helps our rules deliver their intended value to consumers,” said CFPB Director Richard Cordray. “Today’s request for comment shows we are listening closely to feedback on our rules to decide whether certain adjustments will help to achieve that goal.”

Brian Tate, president and CEO of the NBPCA, said the prepaid industry association was “encouraged that the CFPB has listened to our members’ concerns,” in opening a new comment period and proposing amendments to the final rule. “We look forward to continuing to engage the bureau and recommend that they continue to address substantive issues with the final rule as outlined in our recent comment letter,” Tate noted.

Along with error resolution and prepaid-linked credit cards, the CFPB also raised the possibility of amending aspects of the rule including the definition of “business partners.” That change would exclude business arrangements between prepaid account issuers and issuers of traditional credit cards from coverage under the rule’s provisions governing hybrid prepaid-credit cards if certain conditions are met.

The bureau also floated the possibility of extending the rule’s exclusion for loyalty, award and promotional (LAP) cards to other products, as well as simplifying disclosure requirements for prepaid cards distributed at retail locations—all issues raised by the NBPCA in comment letters to the bureau over the course of the rule’s development. Although the exclusion for LAP cards doesn’t expressly cover rebate cards, CFPB commentary for the original final rule noted that an express exemption for rebate cards wasn’t needed as such cards already are exempt from the rule based on the CARD Act definition of LAP cards and the accompanying examples provided in the official commentary.

“We remain hopeful that the CFPB will continue to consider additional changes in the final rule, including a more limited definition of prepaid account, revised disclosure requirements, as well as further adjusting the implementation timeline as needed to address changes that could be made through this comment period.”

Comments are due 45 days after the proposal is published in the Federal Register. Comments can be submitted via email to [email protected]. Include Docket No. CFPB-2017-0015 or RIN 3170-AA72 in the subject line of the email; electronically via http://www.regulations.gov; or by mail to Monica Jackson, Office of the Executive Secretary, Consumer Financial Protection Bureau, 1700 G Street, NW., Washington, D.C. 20552.