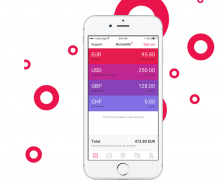 New banks are appearing at the double – and Ditto, a France-based mobile-driven multi-currency bank, is the latest one getting ready to launch.

Ditto, which is backed by foreign exchange company Travelex, has been built from scratch over the last two years and is “managed as a separate entity” from Travelex.

Ditto is based on Banque Travelex, which has a banking licence and is regulated by the French bank regulator Autorité de contrôle prudentiel et de résolution (APCR). It has a share capital of €24.8 million.

For its technology, Banque Travelex uses the FMS.next core system from Profile Software, which supports the bank’s core processing, payments and treasury operations.

Sylvain Pignet, founder and CEO of Ditto Bank and group company secretary at Travelex, calls Ditto “the bank that travels with you”.

It allows users to manage and spend money “all around the world free from currency exchange constraints” – so it’s Ditto – as in doing “the same thing”.

Ditto takes a swipe at traditional banks by stating they are “not adapted to an international lifestyle” and “their products are split according to types of usage”.

It is inviting users to join its waiting list, but for its pre-launch phase only clients with a postal address in France are able to participate.

It charges a monthly subscription, which includes all fees related to Ditto card use, currency accounts, banking statements and transfers. It says a spread (maximum 1%) is added to exchange operations.

Looking ahead, the bank says it is working on the development of an Android app and its web interface. It plans to be available across the globe, but is starting with European countries. At present, users will be able to use ten currencies – with plans to add “many more”.

“Ditto is aspiring to become the world’s first truly global bank designed for frequent travellers,” it states on its newly launched website.