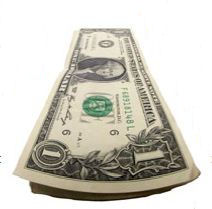 With 27 percent of U.S. households unbanked or underbanked, according to the most recent FDIC report on the subject, PayNearMe continues in its efforts to make it easier for such consumers, as well as those who prefer not to use plastic or checks, to pay bills using cash. The company announced May 4 that it’s adding 8,000 CVS Pharmacy Stores to its network of now 28,000 locations.

With the scan of a barcode at a CVS register, consumers can pay for utilities, rent, IRS taxes, child support and transportation, among other payments. All of the necessary account information is included in the barcode. Consumers obtain a barcode online or on paper from any of the 10,000 billers that offer the PayNearMe service. With utilities, for example, a PayNearMe barcode is printed on the bill that’s mailed monthly. The barcode can be scanned from paper or mobile phone.

“We’re trying to bridge the divide between cash and digital payments,” says Michael Kaplan, PayNearMe senior vice president and general manager, merchant processing. “What we’ve done is built a network of retail locations enabling a cash consumer to walk into [a participating] retail location, scan a barcode and make a real-time payment to one of the thousands of billers,” he tells Paybefore. Nearly all of the bills are paid in real time or same-day to help consumers avoid paying late fees.

CVS joins a retail network spanning all 50 U.S. states and Puerto Rico that includes 7-Eleven, Family Dollar, ACE Cash Express and Fidelity Express stores. The addition of CVS increased PayNearMe’s retail footprint by 40 percent. Consumers also can take advantage of stores’ late hours to pay when it’s more convenient for them. “We see almost 40 percent of our cash payments between 6 p.m. and 8 a.m. on the weekends,” Kaplan says.

The service often is free to consumers, with billers usually absorbing the variable fee that’s akin to an interchange model, according to Kaplan. PayNearMe has a revenue-sharing program with the retailers. If the biller chooses to pass the fee onto the consumer, then it would be a flat fee that’s always clearly communicated before the consumer makes the payment, he adds.

“The service is good for credit-challenged consumers and it’s good for people who want to make a convenient bill payment quickly and know that it’s paid,” says Ben Jackson, director of the prepaid advisory service at Mercator Advisory Group. “Billers like it because it makes it easier to get paid on time and they have fewer delinquencies.”

PayNearMe has some new competition from PayPal. The company announced it was acquiring TIO Networks for $233 million. The bill payment specialist operates a network of 65,000 retail locations where consumers can pay bills via cash for more than 10,000 billers.