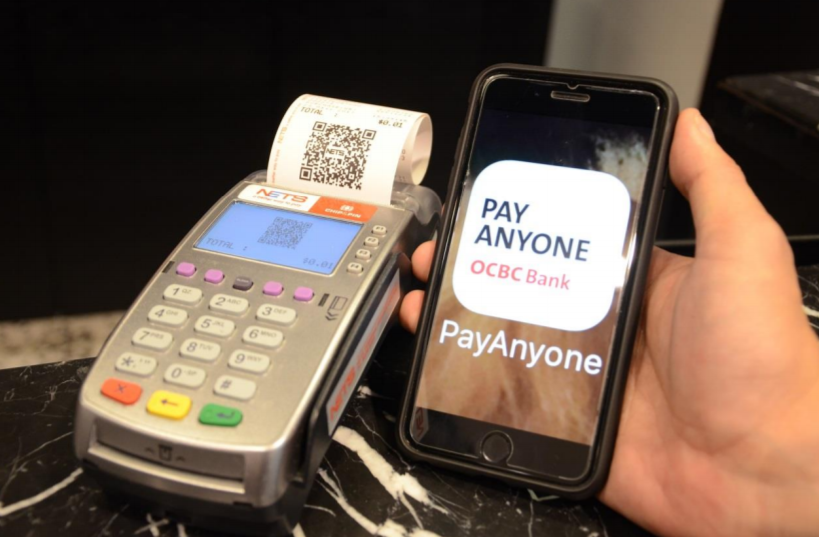 The new OCBC Pay Anyone app brings together all its Pay Anyone services – peer-to-peer e-payments, QR code payments, and integration with Siri and iMessage – into one place.

Pranav Seth, OCBC Bank’s head of e-business, business transformation and fintech and innovation group, calls it “a war on cash!” as its customers have “embraced the movement away from cash and increasingly adopted paying other individuals using just phone numbers”.

From tomorrow (1 June), the bank’s customers can pay for purchases at more than 1,000 merchants by scanning the QR codes on a NETS terminal or printed receipt using the app. After authenticating the transaction with a fingerprint, the payment is immediately deducted from the account.

OCBC says by the end of the year, its customers will be able to make QR code payments at more than 50,000 NETS terminals across Singapore.

Once the app has been downloaded, customers need to perform a one-time setup to enable payments via the app. QR code payments are available on iPhones running iOS8 and above, and Samsung devices running on Android 4.4 Kit Kat with the fingerprint recognition feature.