What President Trump’s record on regulatory reform means for payments and financial services so far, and what comes next.

Despite talk of dismantling Dodd-Frank, only one of President Donald J. Trump’s more than 30 executive orders since he took office relates specifically to financial services. The White House has several priorities that may keep financial services regulatory reform on the back burner, including health care, trade and border security. Still experts are hopeful that the force behind a “1-in-2-out” approach to regulation will ultimately prove good for business.

Paybefore asked industry thought leaders to weigh in on the key highlights for the industry from President Trump’s first 100 days and what to expect in the next three months. Here’s what they had to say: 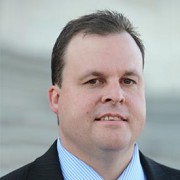 President Trump’s significant focus on de-regulation through a series of executive orders should start to decrease the flow of new regulations, which mushroomed under the prior administration.

In particular, the Priebus Memo on 20 January prohibited sending new regulations to the Office of Federal Register until an agency head appointed by the new president reviews and approves the regulation, and it delayed the effective date of certain pending regulations by 60 days. Then President Trump passed the 2-for-1 Executive Order on Reducing Regulation and Controlling Regulatory Costs, which required “for every one new regulation issued, at least two prior regulations be identified for elimination”.

Under the same executive order, the president also mandated that the total incremental cost of all new regulations, including repealed regulations, to be finalized in 2017 shall be no greater than zero. While this new focus on decreasing the burden from expensive new regulations will be helpful, it unfortunately doesn’t unwind the significant cost burden of existing regulations such as the 1,689-page Consumer Financial Protection Bureau (CFPB) final rule on prepaid accounts. We hope that the new administration will push more measured regulation that balances the need for sensible consumer protections with the costs to industry in order to promote continued innovation in the financial services industry.

Now that President Trump has executed on several other priorities including the passage of health care reform in the US House, I believe that he will start focusing more on financial services issues over the next three months. While he has already issued some executive orders on financial services issues such as directing the Treasury Secretary to review the Financial Stability Oversight Council, which designates financial institutions as systemically important or “too big to fail”, I believe that he will start pushing more financial services legislation as part of his reform agenda. For example, it has been reported that President Trump supports the overhaul of the Dodd-Frank Wall Street Reform Act through the Financial CHOICE Act, which passed the House Financial Services Committee on 4 May along party lines. I believe that this is just the first step in lowering compliance costs and fostering more innovation in the financial services industry. 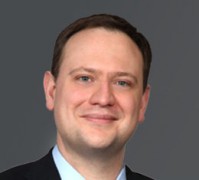 The biggest highlights for the financial services industry during President Trump’s 100 days are the many dogs that didn’t bark.

Trump signed Executive Order 13772, titled “Core Principles for Regulating the United States Financial System”, but there hasn’t been much in the way of a public move to operationalize it. Trump didn’t try to replace Cordray (although his Justice Department did file a brief in the PHH litigation supporting his right to do so). And for his part, Cordray hasn’t done anything to antagonise the administration, like finalise the arbitration rule (which I predict would have happened by now if Clinton had won the election). Comptroller Curry is out, but deciding not to reappoint the head of an agency at the end of his scheduled term isn’t quite on par with the bold and controversial moves the president has shown himself willing to take in other areas, and the fact that a permanent replacement hasn’t been identified may reflect the difficulty the administration is having working through the appointments process.

In the next three months, the financial services industry should keep an eye on Congress. Hensarling’s Financial CHOICE Act has cleared the House Financial Services Committee, and it promises a big shakeup to the federal financial regulatory apparatus – although pundits don’t give it much hope of passing the Senate in anywhere near its present form. The question will be whether the Trump administration decides to back it – or push forward a competing bill based on Executive Order 13772.

Trying to predict what President Trump is going to focus on is a little bit like trying to figure out which horse is going to win the Kentucky Derby; even the most seasoned betters are often surprised. Nevertheless, what is known at this point is that both tax reform and revisions to Dodd-Frank are coming in some form or another.

With the House Financial Services Committee recently approving a measure to revise and repeal certain sections of the Dodd-Frank Act, it will be interesting to see how long this process ultimately takes. Dodd-Frank is massive and unweaving parts of it is going to present challenges and require multi-agency cooperation to ultimately roll out.

The makeup of the CFPB is going to change, but I do not think it’s going away. The big question if I am a financial services company is what should I do in my business to prepare for the changes? We have been advising clients to maintain compliance with current laws and regulations, and to pay close attention to state oversight because the states are going to be more active as the federal framework’s uncertainty continues.