If data is going to define the digital economy the UK is screwed, according to fresh research from Teradata. Banking Technology‘s sister publication, telecoms.com, reports.

Seemingly not happy with the beach, sunshine and general happiness of California, data specialists Teradata has decided to take another dig at the pale and miserable inhabitants of Blighty by pointing out our inability to be geeky. In a survey, which assessed the digital readiness and data capabilities of nine countries around the world (US, Japan, Australia, Germany, France, Spain, India, Russia and the UK), “Great” Britain was hugging the bottom of the table. 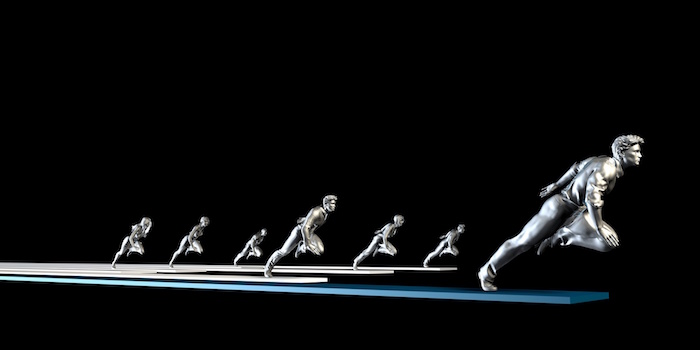 Digital race: UK is at the very back

“The amount of data being generated across UK organisations is growing exponentially and this trend is set to continue,” says Martin Willcox, senior director at Teradata. “While the adoption of data is slowly being embraced, it is not being done well enough or quickly enough in comparison to other global markets.

“Given the proliferation of data and devices, ever-changing consumer demands as well as contracting budgets – all of which are placing considerable pressure on organisations to make the right decisions – it’s no exaggeration to say that the UK’s place at the economic top table will be under threat unless this changes, particularly with Brexit looming.”

Germany leads the rankings in three out of four major areas when it comes to data adoption. 84% of respondents said they use data analytics, 82% to have achieved digital transformation, 82% are using data warehousing, and 63% stating they have adopted IoT technologies. In the IoT section, it only trailed Australia.

87% of respondents from the UK agree an effective data analytics strategy is key to future growth, but this doesn’t seem to have translated to business practise. Only 54% of those surveyed in UK organisations felt data adoption and analytics is being used effectively, putting the UK in seventh place out of the nine.

On the IoT side of things, 45% state they have adopted IoT technologies, which actually ranks the UK in joint-last place with the French, and who wants to be put in the same bracket as the French…

The research itself is actually exceptionally well timed considering the Spring Budget announcement, as well as the launch of the government’s 5G strategy. Both announcements were piled full of political sound-bites claiming the UK is great and will continue to be great with the financial backing of the government, but this research says otherwise.

Let’s be completely honest, the UK is not a leader in the digital world and it has been a long-time since it could be considered in that bracket. Yes, there are small glimmers of brilliance, such as the engineering prowess of ARM or the AI creativity of DeepMind, but overall the UK has slid down the rankings in terms of innovation and influence.

“Data is the next frontier for innovation, competition and productivity, and is a currency every country will need to be able to trade in,” says Willcox. “In order to take advantage of it, businesses in the UK must be prepared to invest in both the people and the infrastructure, while at the same time placing data at the heart of business decision making.”