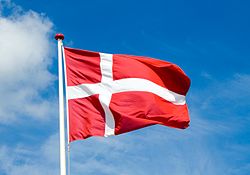 Members of a Danish banking collective, Bokis, have become the first in the country to offer mobile payments using Dankort, the national debit and credit card.

Last year, it embarked on the project to launch a new NFC wallet solution, with the technology provided by Nets, a Nordic digital payments firm.

The digital wallet for Android smartphones (linked to Mastercard and Visa international debit and credit cards) was launched last month. It has now been followed by a version for the iOS devices.

“And, for the first time, we are enabling customers to link their Dankort to their device,” Bokis states.

It says it is now “providing nearly half of the country with a mobile payments facility”.

Jan Kondrup, director of Bokis and Lokale Pengeinstitutter, describes the launch as a “milestone” the company is “extremely proud of”.

“It reflects the culture of innovation that fuels the Bokis collective,” he states.

Danish consumers can use their smartphones to pay with Dankort in a number of stores, including Denmark’s largest retailer, Dansk Supermarked. Many more retailers are expected to follow in the coming weeks, according to Bokis.

“Following a simple software update to their POS terminals, all merchants that already accept contactless Dankort card payments will also be able to accept Dankort mobile payments,” the company says.

To make a mobile payment using Dankort, customers must first download a wallet app from one of the Bokis member banks (bigger banks have their own wallets, while smaller local ones use the common My Wallet).

Initially, these wallets will only be available to customers of Bokis banks.

The wallet’s technology provider Nets offers a separate Dankort app for those who do not have a mobile wallet supporting Dankort payments.