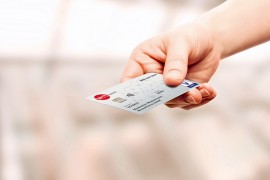 WIRcard: for home and abroad

“Until now, holders of the card could only pay at merchants who are also customers of WIR Bank. A point of distinction of the bank is its own alternative currency called WIR, which is used for payments within the SME network of the WIR Bank,” the vendor explains.

The new card is “a new universal payment method” for the bank’s business customers at home (at nearly 10,000 WIR acceptance points) and abroad through the V PAY network.