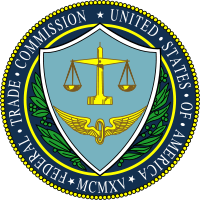 TSYS-owned NetSpend is negotiating with the Federal Trade Commission over the agency’s allegations that the prepaid provider deceived cardholders and denied or delayed their access to funds, TSYS Chairman and CEO Troy Woods told analysts this week in a fourth-quarter earnings call. TSYS also announced that NetSpend is working on diversification, including the launch of a demand deposit account later this year.

In November, the FTC blamed what it described as NetSpend bureaucracy and its cumbersome identity verification process for preventing consumers from accessing their funds after they’ve been loaded onto prepaid cards. That contradicted NetSpend’s marketing promises of “immediate access” to those funds, according to the federal agency, which wants to return those funds to consumers. NetSpend immediately responded to the FTC complaint, noting that any delays stem from federal regulations and that consumers are not being deceived.

The matter appears headed toward conclusion, with Woods saying that his company has “entered settlement negotiations with the FTC,” though NetSpend has admitted no wrongdoing, according to a Seeking Alpha call transcript. Woods added that the company wants to “put [it] behind us so we could focus on moving forward.” TSYS took a non-recurring charge of $19.5 million during the fourth quarter as a result of the FTC negotiations and a settlement regarding its Central Payment Joint Venture. Paul Todd, chief financial officer, pegged the cost of the FTC negotiations as a $13 million charge to GAAP operating income.

TSYS also reported a 50 percent revenue increase in 2016 to $4.2 billion, along with a 57.6 percent Q4 revenue increase to $1.1 billion. “We expect the momentum of 2016 to continue in 2017. We are projecting strong organic revenue growth and double-digit earnings growth as we remain laser focused on executing our strategic plans and delivering outstanding results,” said Woods.

Part of that growth could come from the demand deposit account the NetSpend plans to launch in 2017 for “customers who desire a bank account,” Woods said. “We are very excited about serving these new audiences, as we seek to grow our spend volume beyond the $28.7 billion level in 2016.”

Woods added that the release last year of the CFPB’s final prepaid accounts rule—and the certainty it brings—has led the company to focus on new product launches and execution. “Over the past few quarters, we’ve mentioned the importance of product innovation to our prepaid growth story and diversification plans,” Woods said. “Our small business prepaid product has now fully launched for sole proprietors and is available in 7-Eleven, select Office Depot stores and online. NetSpend signed several new and renewed contracts during the quarter with key partners like PayPal, 7-Eleven, Giant Eagle and Liberty Tax, he said.