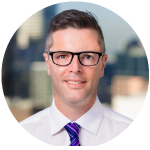 Mark Gay, CTO at ME Bank

Australia’s ME Bank has signed a five-year deal with tech consultancy firm Capgemini to manage its core banking functions.

ME Bank says it will still look after the design and security elements of the Temenos’ T24 core banking system, while Capgemini will provide a managed service for its infrastructure.

In an interview with the Australian Financial Review, Mark Gay, CTO at ME Bank, says: “We are a small bank with all of the same technology and overheads that a big bank has. If we hadn’t taken this approach, we were going to be spread very thinly, so by doing this we really believe that we can focus on the stuff that matters to customers.”

As Banking Technology reported in November, ME Bank launched a new internet banking service in a joint project with Sandstone Technology.

The new service builds on Sandstone’s digital BankFast platform and includes “enhanced” security and a new Liferay portal based dashboard; supporting customisation and inclusion of superannuation account details along with bank account details.

ME Bank’s brand and digital director, Ingrid Purcell, says the new portal is a “significant step forward in terms of functionality and importantly allows for future development”.

ME Bank is a Melbourne-based direct bank with offices in Sydney, Brisbane, Adelaide, Perth, Hobart, Canberra and Darwin.

It was founded in 1994 as Super Member Home Loans (SMHL) by Australia’s Industry Super Funds, SMHL became Members Equity Bank in 1999, and received a banking licence from the Australian Prudential Regulatory Authority (APRA) in July 2001.

It was initially founded to offer access home loan products, but has diversified over the years to provide savings accounts, credit cards, term deposits and transaction accounts.