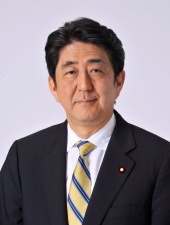 The Japanese government is sending 55 SMEs and start-ups abroad as part of its new innovation programme.

Called the Hiyaku Next Enterprise programme, it is part of the Silicon Valley-Japan Bridge Project, set up by the Ministry of Economy, Trade and Industry (METI). That project was announced by Prime Minister Shinzo Abe in April 2015 during his visit to Silicon Valley.

This month and in February, the Japanese firms will be sent to Silicon Valley, New York, Austin (Texas) and Singapore. The plan is for them to visit innovation centres, and meet local firms and entrepreneurs.

METI says that 202 companies applied for the Silicon Valley-Japan Bridge Project. A committee comprised of METI, industry experts and organising committee members whittled it down to 55 firms based on “technology, product characteristics and service superiority as well as compatibility with each course topic”.

The fintech scene in Japan is not in ninja mode. What’s going on is shared around the globe as the nation embraces fintech with vigour.