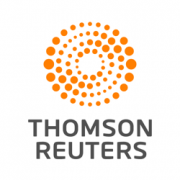 Thomson Reuters is set to cut 2,000 jobs globally, taking a Q4 charge of $200-250 million as it aims to “streamline its business”. The announcement was made at the release of the company’s Q3 results.

The restructuring will affect 4% of the Thomson Reuters global workforce (the company currently employs 48,000 people worldwide) across 39 countries and 150 locations. The financial and risk business division and the enterprise, technology and operations group will take the main hit.

The company’s shares climbed up more than 4% in New York and Toronto as a result of the announcement.

According to Thomson Reuters’ CEO Jim Smith, “it’s about simplification and taking out bureaucracy and taking out layers all of which have added complexity and slowed us down”.

He emphasises that the move is not “in any way coming on the back of underperformance” or a reaction to market conditions.