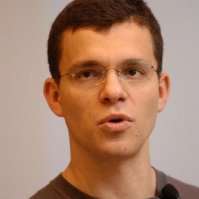 San Francisco-based start-up lender Affirm has got a $100 million credit line from Morgan Stanley as it looks to boost its business, according to The Wall Street Journal.

The firm is “adding debt” as it “seeks to grow its loans for tickets, trips, and other big online purchases as an alternative to paying with credit cards”.

Affirm was founded four years ago and is led by PayPal co-founder Max Levchin. In its most recent fundraising, it was valued at $800 million.

The credit from Morgan Stanley, which declined to comment to The Wall Street Journal, “will add additional lending capacity for Affirm, which is still small in terms of the overall loan market”.

In total, Affirm has raised about $525 million in cash and debt financing. It joins a crowded market, and Banking Technology has provided plenty of data on the top ten lending sites in the US.

In an interview with The Wall Street Journal, Levchin says about a third of Affirm borrowers are millennials, and “a large subset of that group is pretty definitively anti-credit card”.

While the start-up is no longer planning on launching a product that generates a temporary credit-card number to make purchases in stores, Levchin says it is exploring other ways of bringing its loans to the checkout counter via smartphones.

The Wall Street Journal says the credit from Morgan Stanley also “doubles down on Affirm’s decision to hold on to its own loans rather than selling them into the market, a model that has challenged firms such as Lending Club and SoFi this year, as investors cut back sharply on their loan purchases”.