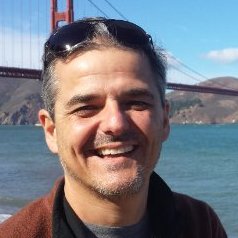 This month, its team went crowdfunding with Canadian investor platform FrontFundr to fund the creation of the bank. It raised more than $1 million within two weeks, not including private investment.

Co-founder Paul Allard, with ten other bankers, entrepreneurs and financiers in Montreal, Toronto, and Paris, want to “restore more sense and responsibility to the financial system”. Like many others from the new school of thinking, Allard views banks as “neither responsible nor social”.

As it plans to be socially responsible, Impak Finance will invest in firms if they have a “positive social and environmental impact”.

Impak’s portfolio has not been disclosed yet, but Allard says its technology allows people to get “full transparency” in which areas they want to invest.

He says it “follows up on client investments by providing access to a performance indicator and by recommending other companies that may be of interest for future investment. An algorithm is also being created to assess the risk of the projects”.

Impak Finance has also set its sights on a “triple bottom line” approach — people, planet and profits — and Allard makes all the usual positive noises about “the sharing economy” and its desire to “reinvent the banking experience”.

The first version of Impak Finance will be launched in 2017, when investors will be able to open investment accounts. Its aim is to offer full banking functionality from Q3 2017, namely by offering loans.