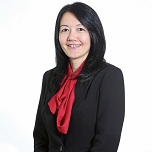 The Monetary Authority of Singapore (MAS) and the Swiss Financial Market Supervisory Authority (FINMA) have signed an agreement to foster more fintech co-operation.

The plan is to share information, support financial innovators, smooth out regulations, and offer more dialogue and secondments.

To provide more evidence, FINMA says it is “consistently removing unnecessary regulatory hurdles” – and cites its “Fintech Desk” as a single point of contact and a “dedicated contact person” during the pre-authorisation and/or authorisation processes. FINMA adds that it provides support to all financial innovators irrespective of whether they live in Switzerland or abroad.

For MAS, it’s a similar story. It has a “Fintech Office” which acts as a “one-stop virtual entity”; and helps people understand the regulatory framework in the relevant authority’s jurisdiction.

The initiative was launched at the second “Financial Dialogue” between MAS and the State Secretariat for International Finance (SIF). The annual dialogue aims to “deepen bilateral co-operation and exchange views on domestic and international financial market developments and policies”.

The dialogue was led by ambassador René Weber, head of the markets division in SIF, with representatives from FINMA and the Swiss National Bank, and Jacqueline Loh, deputy managing director of MAS, heading the Singapore delegation.

A tale of two nations

Both nations, with their similar reputations for international finance, have been active in the feisty fintech arena.

On the island of Singapore, MAS recently released a consultation paper on proposed changes to the payments regulatory framework and establishment of a National Payments Council.

Banking Technology was also in Switzerland last week for the Avaloq Community Conference. At the event, Avaloq said it is in tune as iTunes for finserv; and fintech firms could learn from Lego’s business renaissance.