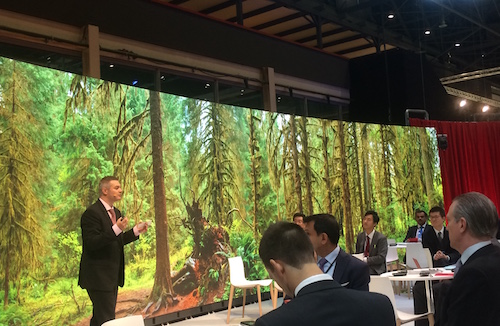 “We are a space of calmness, a cocoon to get away from the rush of Sibos,” the Innotribe team said at the opening of Sibos 2016 in Geneva, to the backdrop of a green leafy forest.

Calm as it may be, there is no getting away from Sibos’ key themes. Particularly the omni-present blockchain.

Innotribe’s Industry Challenge – the results of which have been just unveiled – was all about blockchain and disruptive technologies.

The three companies will combine their expertise and resources with those of mighty Swift to work on bringing blockchain to the lifecycle of a bond and eventually bring to market an enhancement to an existing commercial approach.

The next step is a series of proof-of-concepts (PoC), which will involve three parties – the start-ups, Swift and potential customers.

Here is what each start-up is bringing to the table:

Sergey Nazarov, CEO of SmartContract: “We allow existing financial infrastructures to connect and interact with next-generation infrastructures such as smart contract networks, Bitcoin, Ethereum and others.

“The core of our PoC is to allow smart contracts to interact with data from outside the network, and allow the smart contract to also issue a payment on an existing financial infrastructure. 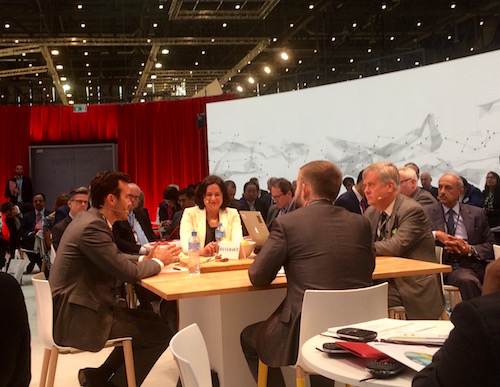 So the goal is to get valuable external data into the smart contract, allow it to perform the proper operations as a security and then allow it to pay using the infrastructure that everybody already runs on, specifically in the form of the Swift network , with the payments message coming from that next-generation security.”

Our solution is bespoke – built that is fit for specific purpose. We have plenty off-the-shelf technologies that are simply not fit for purpose. Like a golf cart – which is fun to ride but cannot race in Formula One, or a Formula One car that is useless on a gold court.

Our decentralised solution is set up together with Swift in a segregated network, the Innotribe/Swift community will bring certified members who operate that network. These members will pick an existing bond and move into the DLT environment. The member banks will, in the meantime, trade through the traditional trading venues and come to a legally binding trading structure, which will be settled on our network. In the end, we will then report back to the member banks through the legacy infrastructure what the result is.”

Maya Zehavi, advisor to Coin Sciences: “We provide open-source blockchain platforms, focused on the issue identity and of privacy. We came up with a new feature called “screens” – a mini database on top of a database – a way to list and search items by identity, publisher etc.

We believe it is a different, more innovative way of settlement and the security lifecycle within the banking community.”

So what’s the next Innotribe Industry Challenge? It will be announced on Thursday, on the last day of the conference. All we know at present is that it will focus on compliance.