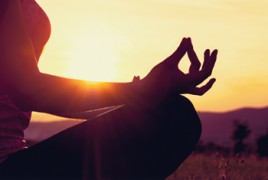 While it sounds like something for which you’d need to visit a doctor, Swift’s HVPS+ will likely be a talking point during the payments industry panels at this month’s Sibos. Announced in mid-August, the high-value payments system task force is an important component of Swift’s ISO 20022 harmonisation initiative.

A number of central banks, market infrastructures and banks from around the world are members of the task force. At present they are:

The move is part of Swift’s ISO 20022 harmonisation initiative, which is a multi-pronged approach to promoting the standard. In October last year, an ISO 20022 Harmonisation Charter was endorsed by a number of organisations including the Australian Securities Exchange, Bank of Canada, Clearstream, Payments Canada (formerly Canadian Payments Association), Euroclear, Russia’s National Settlement Depository, the Southern African Development Community, ACH Colombia and VP Securities Denmark. The Charter outlines Swift’s proposal to work with financial market infrastructures to coordinate the roll-out of ISO 20022.

The Charter is based on four principles:

ISO 20022 is becoming the preferred securities and payments messaging standard for financial market infrastructures globally. As the standard proliferates, there is a danger of fragmentation as different interpretations of message versions, market practice rules and release cycles emerge. Swift believes that only coordinated action at an industry level can prevent such fragmentation. It is playing a coordinating role, bringing together financial market infrastructures and providing the technology and framework to facilitate harmonisation.

This is an excerpt. The full article is available in the September 2016 edition of Banking Technology.