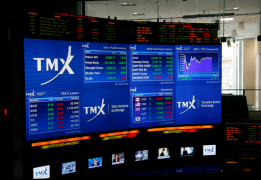 Canada’s major exchange, depository and clearing group – TMX – has unveiled a new initiative that is set to transform the company into “a client-driven solutions provider to the Canadian and global capital markets”.

TMX states that “the objective of the initiative is to align, simplify and integrate relevant systems and operations to both lower the cost base and make TMX more nimble and adaptive”.

Lou Eccleston, CEO of TMX, comments that to achieve the goal of being customer-centric “we must first become an integrated TMX”.

The first phase of the project will focus on the technology and operations of the group’s cash and derivatives clearing businesses, the Canadian Depository for Securities Limited (CDS) and the Canadian Derivatives Clearing Corporation (CDCC).

TMX feels that bringing CDS and CDCC under one leader “will harmonise the companies’ integration efforts across risk, operations, systems and business development”.