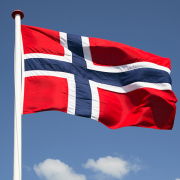 Private banking software vendor ERI has completed the implementation of its flagship core system, Olympic, at SEB in Norway.

This is the vendor’s first site in the country.

The project commenced in 2013. SEB – already a long-standing Olympic user in Luxembourg, Switzerland and Singapore – decided to extend the use of the system to Norway. The decision was made “following a very detailed evaluation process”, according to ERI.

The countries are supported from SEB’s centralised hub.